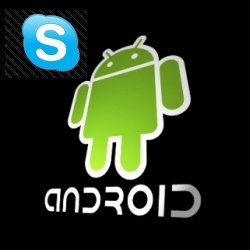 What is being called a vulnerability in the Android version of Skype could simply be written up as sloppy coding at best, or disrespect for your privacy at worst.

Justin Case at Android Police did some poking around when he found a leaked version of the beta version of Skype that will allow video conferencing on Android devices.

He discovered that just about all the information in your Skype profile, except for your credit card number and password, was stored insecurely by the application.

This allows any application on your phone to simply read, or copy that information wherever they like without any special “root” access or other trickery.

Case thought that this must only be the case for this pre-release copy, but to his dismay it is configured the same way in the current production releases of the Skype for Android product (except the Verizon version).

Case created a proof-of-concept application to demonstrate the weakness in Skype’s security. His application can show you your name, address, account name, phone numbers and contacts (and their details) all without any special permissions.

Worst yet, information like your instant messaging chat logs are fully available as well. His application doesn’t show those, but none of the Skype data stored on Android handsets appears to be encrypted.

Skype responded on Friday stating that they intend to fix the vulnerabilities as soon as possible, and that in the meantime Android users should be careful what applications they load on their phones.

How you would implement that advice is difficult to know, as an application wishing to steal your Skype information doesn’t require special permissions.

I think the safest advice is simply to remove Skype from your Android until we can be satisfied that the problems have been resolved.

Controlling mobile devices is going to be a significant challenge for the next few years, and it isn’t just about malware. This type of situation makes one wonder about the Skype for iOS application.

It also makes you wonder whether it is safer in Apple’s App Store. Has Apple done a thorough enough check on their 100,000+ applications, including Skype, to know that data isn’t leaking here, there and everywhere?