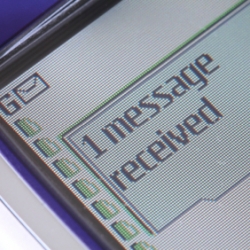 Amid mounting criticism of Facebook’s attitude to its users’ privacy and safety, the social network has announced that it is introducing a two-factor authentication system in an attempt to prevent unauthorised logins to accounts.

I’m glad to see Facebook introduce what sounds like an additional layer of protection for users, at least for those users who chose to enable the option. Two factor authentication doesn’t address the many other Facebook privacy and safety concerns that are troubling users, but it’s no bad thing.

Unfortunately the short mention of the feature on Facebook’s blog leaves some questions unanswered.

1. How can users enable the option? My guess is that users will find the option, once it has been rolled out to their accounts, under Account / Account settings / Account security, but it would have been nice if Facebook had told people. None of the Facebook accounts I have checked so far appear to have received the option, so I cannot confirm.

3. How will users receive the code? Again, Facebook doesn’t say. But my guess is that Facebook will send you the code via an SMS message to your mobile phone. That means, of course, that you have to trust Facebook with your mobile phone number which privacy-conscious people may be understandably wary of doing.

So, it sounds like it may be a case of swings and roundabouts. A win for security and privacy on one hand is a loss on the other, as you have to trust Facebook with your phone number.

Remember, Facebook has been wanting your mobile phone number for some time and isn’t been above using scare tactics to get you to hand it over.

I, for one, won’t be handing over my mobile phone number to Facebook in exchange for this two-factor authentication system.

I might, however, have considered signing up for a small hardware token that I could keep on my keychain, and rely upon it produce a one-time code that can be entered at login alongside my username and password.

You may have seen such devices being offered by online banks and some of the major online games like World of Warcraft.

Of course, such authentication devices cost money and require infrastructure changes at the website’s end, but – hey! – if Facebook introduced something like that they could potentially charge a small amount of money for those users who want to take a stronger line on their privacy and online safety.

Update: Naked Security follower Neil Adam raises the valid point that you probably wouldn’t want a hardware authentication fob for every website you log into. If we did, we’d probably all have very lumpy trouser pockets.