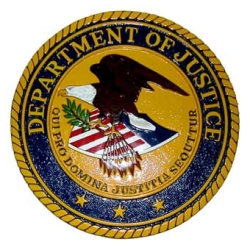 Two weeks ago, the Federal Bureau of Investigation (FBI) obtained a court order in Connecticut, USA. This court order allowed the FBI to undertake an anti-cybercrime operation of a sort which had never been authorised before in America.

Not only did the cops seize various US-based Command and Control (C&C) servers belonging the Coreflood botnet, but they also redirected all traffic intended for those servers to a surrogate server under their own control.

When infected PCs connected to the surrogate, the cops instructed the bot process to terminate, providing that the PC appeared to be in the US, and thus under their jurisdiction.

What made this court order a first in the US is that it gave law enforcement permission to interfere directly with computers belonging to users who weren’t being investigated, or charged with any crime.

The motivation for this novelty was that the Coreflood bot family is notorious for exfiltrating data from infected PCs. As the FBI’s Temporary Restraining Order puts it, Coreflood sets out:

But the Electronic Frontier Foundation (EFF), a worldwide privacy advocacy group, expressed concerns about this sort of legally-endorsed interference. In particular, the EFF pointed out that there is something unappealing about sending commands of any sort to unknown malicious code on someone else’s computer without their explicit permission.

This may sound like a petty objection – and perhaps, in the real world, it is – but unless you know exactly which variant of the bot is on each PC, there is always a potential risk with trying to use a bot against itself. What if the crooks have deliberately rewired the “stop” command to carry out a “format hard drive” operation instead?

Nevertheless, the FBI went ahead, and the exercise seems to have been a success. So much so, in fact, that the cops went back to court over the weekend to ask for the two-week court order to be extended for a further month.

The new court application shows that the original two-week intervention had a measurable effect, documenting graphically the decrease in US-based PCs which tried to connect to the FBI’s surrogate C&C server:

The cops also compared the relative drop in Coreflood activity in the US and overseas. Sending “stop” commands to the infected PCs was noticeably more effective than simply cutting those PCs off from the C&C servers: The big difference in the new court application is that the FBI is now asking to be allowed to uninstall Coreflood from infected PCs, not just to stop the bot process temporarily. The FBI says it will only attempt this sort of automatic remote disinfection on “infected computers of identifiable victims who have provided written consent to do so.” This should keep the EFF happy, but it won’t be half as effective as blindly going ahead with automatic disinfection, without waiting for an exchange of written agreements.

Of course, even court-sanctioned auto-cleanup wouldn’t solve the real problem. Hundreds of thousands of users in the US (and many more than that overseas) have allowed themselves to get and to remain infected by malware which is comparatively easy to detect, remove and prevent.

As the FBI’s court application wryly notes in conclusion:

While the use of an "uninstall" command to remove Coreflood cannot be considered a replacement for the use of properly configured and updated anti-virus software, removing Coreflood from infected computers will at least serve to eliminate a known threat to that victim’s privacy and financial security.

These infected PCs actually pose a known threat not only to the victims, but also to the internet as a whole, and they advertise their infection by openly calling home to the C&C servers.

So, perhaps the FBI should have applied for permission to go at the problem in a much more gung-ho fashion, without the written permission clause?

What you you think?

20 comments on “FBI takes on Coreflood botnet – but is this a step too far?”