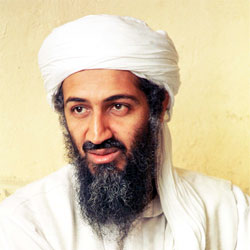 A link which claims to point to a video of the death of Osama bin Laden has been spread virally across Facebook today, just hours after the death of the Al Qaeda leader.

(In the screenshots used throughout this article we have obscured the image as some may find it disturbing). However, sharing the link with others just helps spread it further across the social network, and instead of a shocking video you are instead presented with an all-too-familiar survey which you are told you must complete before you can go any further. The scammers earn money every time a survey is completed, and that’s why they want you to share the link with others.

Sophos is advising computer users to watch out for scams related to Osama bin Laden’s death, not just on Facebook but on other parts of the internet too. Such a big news story always seems to attract the interest of fraudsters and malware authors.