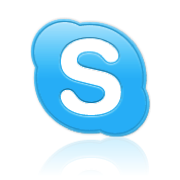 Editor’s note: Since this article was first published, it has been confirmed that Microsoft has agreed to buy Skype.

If you were paying attention to the rumour-mill last week, you may have heard the story that one of Facebook or Google might well be about to buy Skype.

Today’s rumour is that Skype may be about to be acquired by Microsoft. The Wall Street Journal headlined the deal as “near”, and quoted a price between seven and eight billion dollars.

The WSJ cautions, though, that the deal may end up with a value of $8.5 billion when Skype’s long-term debt is taken into account. (When I was in primary school, I thought it was pretty nifty that a negative multiplied by a negative became positive. But nowhere near as nifty as an economist’s trick of adding in a great raft of debt and describing it as increasing value.)

One uncertainty – indeed, to some, it’s a controversy – about Skype’s proprietary software is whether it includes any sort of “lawful interception” system.

Most countries require landline and mobile phone operators to provide a vehicle by which duly-authorised law enforcement agents can intercept calls on their networks. Indeed, phone carriers spend a lot of money maintaining lawful interception systems, something which is as useful to law enforcement as it is worrying to privacy.

But since most Skype calls are peer-to-peer, and encrypted end-to-end, Skype isn’t a traditional phone carrier. Either it doesn’t have a lawful interception capability – which could be considered unfair to mainstream phone companies, who have to provide one – or, one can argue, it must contain some sort of network-independent backdoor – which could be considered a serious security risk.

So, if the Microsoft deal goes ahead, what’s likely to happen from a software and a security point of view? Here are my guesses:

* The Linux version of the Skype software will wither and die.

* The OS X version of the Skype software may wither and might die.

* Microsoft will add some sort of lawful interception system into the Skype software, assuming there isn’t one already. But they’ll be honest about doing so.

* You’ll need to get a Windows LiveID to create a Skype account.

* Skype will come under greater scrutiny from cybercrooks keen to find saleable vulnerabilities.

* Skype for Windows will come under the Microsoft Active Protections Program, which will balance out or defeat problems caused by the previous issue.

14 comments on “Microsoft buys Skype. What does that mean for security?”