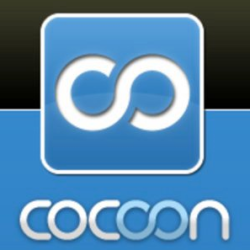 An internet startup, which develops a security and privacy tool and regularly comments on Facebook safety issues, says its own Facebook fan page has been shut down, for a second time.

The Cocoon service is a plugin for the Firefox web browser that aims to force an encrypted connection to the internet, preventing sites from tracking your movements and shielding your computer from internet threats. That’s pretty frustrating for a firm trying to build awareness about its products. What must be especially galling is that something similar happened a month ago.

It’s just a few weeks since Scam Sniper and The Bulldog Estate, two other Facebook fan pages, with a focus on raising awareness on security issues were removed without a good explanation from the social network.

Understandably, firms and organisations don’t feel too great about having the rug pulled from beneath their feet without at the very least being informed as to why the decision was made, and the folks behind Cocoon have been using Twitter to encourage others to ask Facebook what’s going on.

Hopefully it’s an innocent mistake by Facebook, and they didn’t deliberately shut down a page which puts lots of effort into sharing information with other users about scams and attacks spreading across the network.

As a rule, I believe much more in cock-ups than conspiracies.

If you’re a regular user of Facebook, be sure to join the Sophos Facebook page to be kept informed of the latest security threats.