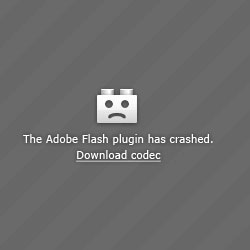 Facebook is being hit by another viral message, spreading between users’ walls disguised as a link to a saucy video.

The messages, which are spreading rapidly, use a variety of different links but all claim to be a movie of a dad catching his daughters making a video on their webcam:

[VIDEO] DAD CATCHES DAUGHTERS ON WEBCAM [OMGGGG].AVI
[LINK]
two naughty girls get caught in the WORST moment while making a vid on their webcam! omg!!

The messages also tag some of the victims’ Facebook friends, presumably in an attempt to spread the links more quickly across the social network.

If you make the mistake of clicking on the link you are taken to a webpage which shows a video thumbnail of two scantily clad young women on a bed. The page urges you to play the video, however doing so will post the Facebook message on your own wall as a “Like” and pass it to your friends.

Unfortunately, the new security improvements announced by Facebook this week fail to give any protection or warning about the attack. When I tested the scam I was presented with a (fake) message telling me that my Adobe Flash plugin had crashed and I needed to download a codec. Users should remember that they should only ever download updates to Adobe Flash from Adobe’s own website – not from anywhere else on the internet as you could be tricked into installing malware.

Ultimately, you may find your browser has been redirected to a webpage promoting a tool for changing your Facebook layout, called Profile Stylez and – on Windows at least – may find you have been prompted to install a program called FreeCodec.exe which really installs the Profile Stylez browser extension. It’s certainly disappointing to see Facebook’s new security features fail at the first major outbreak – clearly there’s much more work which needs to be done to prevent these sorts of messages spreading rapidly across the social network, tricking users into clicking on links which could be designed to cause harm.