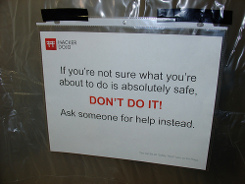 Last week President Obama announced his proposal for updates to US cybercrime law. While I am not a lawyer, I have spent a significant amount of time poring over the legal documents to extract their meaning and provide my comments.

The proposed legislation is quite long and detailed, so I will begin with the changes that will impact law enforcement. These changes relate to what items are criminal and the penalties the courts may impose for breaking the law.

In my second post I cover the proposed national Data Breach Notification Act.

The raising of maximum penalties gives American judges more flexibility and sends a very clear message to cybercriminals. However, the requirement for a three year minimum sentence for attacking critical infrastructure raises questions.

There are many shades of grey when it comes to unauthorized access to sensitive systems and mandatory minimums do not account for the edge cases that a judge can take into account.

The adjustments to the RICO statute are a welcome change and by including organized cybercrime provide new tools for law enforcement to treat electronic crimes just like any other.

The addition of this statement:

“knowingly causes the transmission of a program, information, code, or command, and as a result of such conduct, intentionally causes damage without authorization, to a protected computer”

appears to directly address today’s malware threat. Facing up to 20 years for what many consider to be mischief sets the record straight. Producing and spreading malware is a serious crime, and under this proposal, if you participate you could face serious penalties.