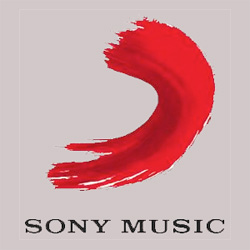 Another day, another attack on Sony. I reported yesterday on the SQL injection attack exposing user information on SonyMusic.gr and today attackers have found flaws in SonyMusic.co.jp.

The Hacker News sent us a tip this evening documenting a couple of vulnerable web pages on SonyMusic.co.jp that allowed hackers to access their contents through SQL injection. The good news? The database information that was published does not contain names, passwords or other personally identifiable information. The attackers noted that there are two other databases on the site that are vulnerable and it remains unclear whether they contain sensitive information.

It isn’t clear whether the hackers are able to inject data into the database, or simply access the tables and records it contains. If they are able to alter the records, this could be used to insert malicious code that could be used to compromise people browsing the site.

The attackers appear to be the same crew who targeted Fox.com earlier this month. Known as Lulz Security, the group appears to attack sites primarily for fun and political reasons, not to steal credit cards and commit other types of fraud.

This doesn’t change the criminality of their behavior. Accessing systems without authorization is still a crime in most countries.

Will Sony stop the bleeding? The attackers stated in their message “This isn’t a 1337 h4x0r, we just want to embarrass Sony some more.”

While there is an enormous target on Sony’s back as a result of these very public attacks it is unclear why this is happening. Is Sony taking security seriously or are there simply so many flaws from the past that exist in their public facing sites that it will take them a long time to patch them all?

I hope this is the last time I have to report on a flaw at Sony. Sony has announced they are working with several professional organizations to get their security house in order and for their sake I hope this happens sooner rather than later.