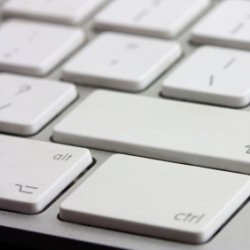 Just over a week ago we ran a poll on the Sophos Facebook page asking folks if they would now recommend that friends and family install anti-virus software.

89% of the 968 people who answered the poll said yes, they would recommend friends install anti-virus software on their friends’ Macs. Just 104 respondents answered no.

Now, of course, people who have joined Sophos’s page on Facebook are likely to have a higher-than-average interest in computer security, and we can’t claim it’s a scientific poll – but it’s worth realising that we asked this question before the latest revelations about how the latest Mac fake anti-virus malware has evolved to not require users to enter their passwords.

From what I’m seeing in comments online, and the increasing number of home users downloading Sophos’s free anti-virus for Mac, there’s a real sea change taking place, and the recent attacks have woken up Mac fans to the advantages of running anti-virus software.

More and more Mac users are realising that they do need to take the security of their computers seriously, and anti-virus is part of that.

Of course, there is much less Mac malware than there is on Windows – but that doesn’t mean it’s non-existent.

As MacWorld said when they awarded Sophos Anti-Virus for Mac Home Edition its highest accolade of “Editor’s Choice”:

"Frankly, there's no reason not to try it as it provides precisely the protection a home user needs without the added bells and whistles that often serve to slow down your system. It's simple to install and use and needs just a few megabytes of disk space. Running quietly in the background, it's hard to tell that the software is active at all, aside from a small icon in your menu bar."

20 comments on “89% say they would tell Mac-using friends to install anti-virus, poll reveals”