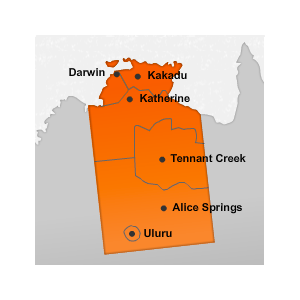 Next week – Monday 30 May 2011 to Friday 03 June 2011 – is National Cybersecurity Awareness Week (CSAW) in Australia. It’s also the official start of winter.

Sophos has been an enthusiastic participant in CSAW events over the past few years, and has endorsed various industry initiatives introduced under the CSAW umbrella, such as the iCode, a scheme by which ISPs attempt to contact customers with virus infections and help them to clean up.

There’s a problem with CSAW, however – namely that awareness of Awareness Week is low. Various Sophos colleagues will be in various parts of Oz next week, including at a breakfast event put on by the Northern Territory Government in Australia’s northernmost capital city, Darwin.

It may not be winter in Darwin itself – in fact, it was touching 31C at lunchtime – but it can get distinctly frosty online if you don’t keep a lookout for yourself and your business whilst you’re using the internet.

So, if you’re a businessperson in Darwin, why not take advantage of the free National Cybersecurity Awareness Week Breakfast, which takes place at the Novotel Atrium Hotel on the Esplanade on the morning of Wednesday 01 June 2011?

Let guest speakers Peter Lee – a colleague of mine from Sophos in Brisbane – and Paul Morshead – from the Department of Broadband, Communications and the Digital Economy – teach you how to protect your business data, online financial transactions and networks from cyberscams, fraud and theft.

Territorians, don’t ask what you can do for your government – take advantage of what your government is doing for you! Register online now and turn Cybersecurity Awareness Week into a cybersafe lifestyle.