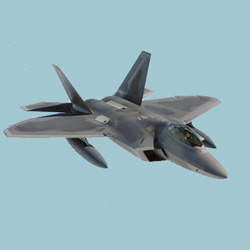 Hackers have broken into the network of Lockheed Martin and several other US military contractors, according to media reports.

Lockheed Martin, has described the attack as “significant and tenacious”.

Blogger Robert Cringely claimed that Lockheed Martin first detected the security breach last weekend (a fact later confirmed by the weapons maker in a press statement). In response to the attack the firm is said to have promptly blocked all remote VPN access to their internal network, and informed over 100,000 users that they would have to change their passwords.

In addition, it’s claimed that all Lockheed personnel with RSA SecurID tokens will be given new tokens.

From the sound of things, Lockheed Martin took swift and sensible action. It was wise of them to take the step of shutting down access to its internal networks as a precaution, once it believed that unauthorised users may have breached its systems.

The mention of RSA SecurID tokens, though, is interesting. They’re the devices used by many companies and organisations to provide two factor authentication to allow provide workers with a more secure way of proving they are who they say they are than just providing a username and password.

You may have used something similar when accessing your online bank account – for instance, a keyfob that displays a sequence of numbers that changes every 30 seconds or so.

The reason why this raises eyebrows is that back in March, RSA admitted that it had been hacked, and some of the information stolen was specifically related to RSA’s SecurID two-factor authentication products.

However, RSA has never made public details of precisely what kind of data was stolen – leading to speculation that the security of the widely-used SecurID tokens might have been compromised.

Is it possible that whatever information was stolen from RSA helped the hackers break into Lockheed Martin? If that’s the case, that’s worrying news for businesses around the world.

An unnamed source with direct knowledge of the attacks is said to have confirmed to Reuters that other military contractors have also been compromised.

It’s important to realise that all of these companies are victims of a criminal act – the authorities will no doubt be keen to uncover who is behind these attacks, and where they might have originated from. Only time will tell if those questions are ever answered satisfactorily.

Update: Lockheed Martin has now confirmed the attack, claiming that its “systems remain secure; no customer, program or employee personal data has been compromised.” Here’s the meat of the statement by Lockheed Martin about the hack:

On Saturday, May 21, Lockheed Martin (NYSE: LMT) detected a significant and tenacious attack on its information systems network. The company's information security team detected the attack almost immediately, and took aggressive actions to protect all systems and data. As a result of the swift and deliberate actions taken to protect the network and increase IT security, our systems remain secure; no customer, program or employee personal data has been compromised.

Throughout the ongoing investigation, Lockheed Martin has continued to keep the appropriate U.S. government agencies informed of our actions. The team continues to work around the clock to restore employee access to the network, while maintaining the highest level of security.

To counter the constant threats we face from adversaries around the world, we regularly take actions to increase the security of our systems and to protect our employee, customer and program data. Our policies, procedures and vigilance mitigate the cyber threats to our business, and we remain confident in the integrity of our robust, multi-layered information systems security.