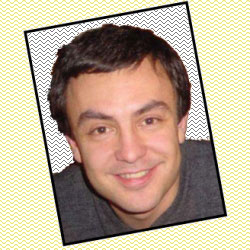 One of the world’s most notorious spammers faces jail after admitting that he had sex with under-age girls.

Spam overlord Leonid “Leo” Kuvayev is not facing any computer-related charges at Savyolovsky District Court in Moscow, but is instead answering accusations that he sexually molested girls as young as 13 years of age in the basement of one of his businesses in Leningrad.

Kuvayev has long been a name known to the spam-fighting community, believed to be responsible – amongst other things – for billions of spams related to counterfeit drugs, promoting sites like the Pharmacy Express: Investigators claim that 38-year-old Kuvayev, who holds dual Russian-American citizenship, committed at least 60 separate sex crimes, luring some of his young victims away from local orphanages and children’s homes.

According to media reports, Kuvayev admitted his partial guilt, but claimed that the girls had consented to have sex with him.

According to a Moscow News report, when police searched Leonid Kuvayev’s offices they found a room containing a shower, sauna, jacuzzi and large bed. Sex toys, a whip and handcuffs were also seized.

Reports indicate that Kuvayev could face up to 20 years in prison for each offence.

I guess it’s always good to hear about a spammer being put out of business once and for all. Frankly, I won’t be shedding any tears when Kuvayev is sentenced.