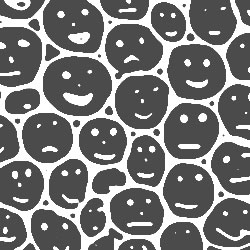 Do you have a Google Profile? Did you find yourself getting the collywobbles when you read the headlines in the security press?

Here’s just a handful of the many headlines that have appeared in the last few days:

Sound scary to you? If so, maybe you’re one of those people who has populated your Google Profile with a large amount of private information that you wouldn’t like to fall into the hands of ne’er-do-wells.

At first glance the headlines might appear worrying. But there’s one important thing you need to know.

All of this information was already available to anyone on the internet. You may remember that last year security researcher Ron Bowes conducted a similar experiment with Facebook, creating a database of 100 million Facebook users who had left their profiles open for anybody to view.

Koot has done something similar – but with Google Profiles. He wrote a relatively simple script (which he published on the net for others to try out) that harvests Google Profile data – and in the process, revealed that many users were potentially being careless with their personal information. So, Koot hasn’t actually exposed any new information. He’s just written a script to collect together data which was already out there.

Google Profile allows you to choose the nature of the url to your profile. You can either have a random-looking number, or the username they use for Google Gmail.

For instance, Matthijs R. Koot has the option of using:

However, Google Profile users are explicitly warned that if they choose to customise their URL with their GMail username, they will be making their email address publicly discoverable.

Koot says that he conducted the test to expose how careless people were being with Google Profile, and in particular that they were exposing their email addresses.

He discovered that approximately 40% of the 35 million Google Profiles he accessed exposed the owner’s username and hence their @gmail.com address. That’s 15 million exposed email addresses.

There’s an obvious potential for spear phishing and malware campaigns when you have access to such a hoard of legitimate email addresses. Especially when they can be combined with other personal information shared on your Google Profile.

Google Profile users can adjust their settings to not allow their profiles to be indexed by search engines. But that’s not really fixing the main problem. Wouldn’t it be better to choose not to post personal information in the first place?

One problem, of course, is that you may not actually realise that you already have a Google Profile.

After all, Google freely admits that “if you’ve been writing reviews on Google Maps, posting buzz on Google Buzz, creating articles on Google Knol, sharing Google Reader items, or adding books to your Google Book Search library, you may already have a profile.” Maybe now is the time to check if you have a Google Profile, and – if you do – that you’re comfortable with the information you’re sharing through it.

Ultimately, though, remember the golden rule. If you don’t want a piece of information to fall into the hands of hackers/your boss/your mother-in-law then maybe it’s best not to post it on the internet in the first place.