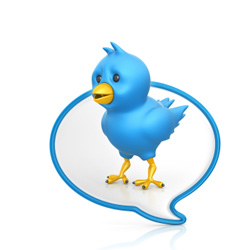 Some Twitter users have fallen for yet another rogue application, tricking them into believing that they will discover how many hours they have spent tweeting their little hearts out.

The app is called TimeSpentHere, and it can only cause a problem for you if you grant it permission to access your Twitter account. If you do, then it will be able to read your Tweets, post in your name, and even change your profile. I’m sure you can imagine the potential for abuse there. Not that you’ll necessary notice that, of course, as it posts the message silently, taking your browser to a webpage of the bad guys’ own creation.

When I tested the scam on a test account, the webpage was reluctant to tell me how many hours I had spent on Twitter (as you can see in the following graphic) but had no qualms in dreaming up an imaginary number to tweet in the hope that it could tempt unsuspecting onlookers. You’ll notice, however, that they do ask if I wouldn’t mind entering my email address “as a security precaution”. Well, I certainly do mind! And so should you. Possibly this is an attempt to harvest email addresses, which could be used later for a phishing campaign or malware attack.

It could – of course – be weeks or months before the scammers use any information they grab for criminal purposes, but if you want to find out more follow me on Twitter, and I’ll let you know if there are any developments.

Rogue applications are popping up more and more on Twitter, whereas previously they were mostly seen only by Facebook users.

Update: Del Harvey of Twitter’s security team has told me (in her own inimitable style) that the TimeSpentHere rogue application has now been killed off.

I wonder how long until the next rogue app pops up on Twitter though..