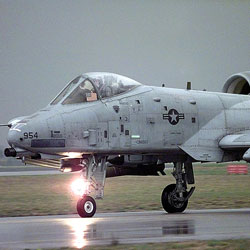 Fox News is reporting that US military contractor Northrop Grumman may have suffered a hacking attack on its networks.

If true, the defense giant will be joining the likes of L-3 Communications and Lockheed Martin who have both been targeted in recent weeks by cyber attacks.

According to Fox News, Northrop Grumman unexpectedly shut down remote access to its network on May 26th, just five days after Lockheed Martin detected that unauthorised persons had infiltrated its systems.

A anonymous source at Northrop Grumman, which is the US’s second-largest defense contractor, told Fox News that the sudden lockdown was a shock to staff:

"We went through a domain name and password reset across the entire organization. This caught even my executive management off guard and caused chaos. I've been here a good amount of time and they've never done anything this way - we always have advanced notice."

Speculation is rising that what links the L-3, Lockheed Martin and Northrop Grumman security breaches are RSA’s SecurID tokens – devices used by many organisations worldwide to provide two factor authentication for remote staff.

In March, RSA admitted that it had been hacked, and some of the information stolen was specifically related to their SecurID two-factor authentication products.

RSA, the security division of EMC, hasn’t been forthcoming about the precise details of what was taken when they were hacked – but now that a third military contractor appears to have suffered as a consequence, there will be many firms keen to hear more details of how they should protect themselves.

4 comments on “Strike three: Speculation rises that another US military contractor has been hit by hackers”