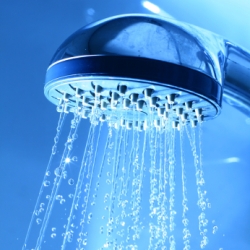 The problem of perverts and cyberstalkers using malware to grab control over female victims’ webcams is one that has been around for quite some time.

Hackers can secretly spy upon people in their bedrooms, and even exploit technology to blackmail young women into posing naked, threatening that they will send other compromising photos to their online friends.

It’s pretty unsavoury stuff, and has probably made some women cautious of handing over their computers to that ever-so-friendly repair man, fearful of what they might install while the computer is in their care.

In the latest case, a 20-year-old man has been arrested for allegedly infecting young women’s Apple Mac computers with spyware that could commandeer their webcam. Trevor Harwell, of Orange County, California, is said to have rigged the MacBooks with error messages that would increase the chances of him capturing nude pictures and movies of the young women.

You’re probably wondering what kind of error messages would achieve such a result.

According to Fullerton Police Sgt. Andrew Goodrich, the error message tricked many victims into taking laptops into their bathroom while taking a steamy shower.

The sleazy scheme was only brought to light last summer when a mother became suspicious about the unlikely messages appearing on her daughter’s computer.

Hundreds of thousands of surreptitiously taken still images, videos and cellphone videos were seized from Hawell’s computer according to a report in the LA Times.

Anyone woman who believes they might have been a victim is invited to contact Fullerton Det. Kathryn Hamel at (714) 738-5327.

Of course, and perhaps most disturbingly, there was nothing stopping the victim of the alleged surveillance being under-age.

It’s true of people of any age, but young people’s PCs must be properly protected with the latest anti-virus software, security patches and firewalls. It is also essential that young people are taught how to behave safely online, to avoid being exploited by sick-minded hackers.

Thanks for helping, and stay safe online.