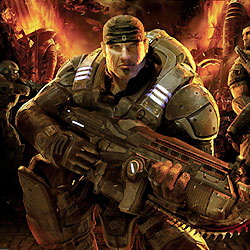 The likes of Sony, Codemasters and Nintendo have been in the news lately for receiving the unwanted attention of hackers – and now another video game developer has announced that it has been hacked.

Epic Games, the developer of hit games such as “Gears of War”, found that its website and forums had been broken into and that forum users’ email addresses could have been stolen.

In addition, encrypted passwords were also taken by the intruders – making the cracking of credentials for members with shorter passwords through brute force methods a possibility.

On Friday 9 June, a statement by Epic Games CEO Tim Sweeney was posted on the company’s discussion forum, describing what had happened and advising users that their passwords had been reset by the firm as a precaution. Even if you’re not a customer of Epic Games, it’s time to wake up to the need for safer passwords. And safer means no longer using short sequences (“123456”) or dictionary words (“password”) or the same password that you use on other websites.