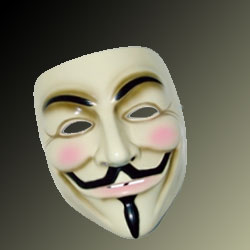 Turkish police are reported to have detained 32 people in connection with internet attacks that have disrupted access to government websites.

Alleged members of the loosely-knit Anonymous hacktivist group were rounded up in 12 cities, including Ankara and Istanbul, just days after similar arrests of Anonymous suspects in Spain.

At the end of last week, in an attack that was dubbed “Operation Turkey”, Anonymous supporters brought down Turkish government websites in protest against controversial plans by the authorities in the country to introduce internet filtering. As the sites became inaccessible via the internet, Anonymous supporters weren’t slow to celebrate their achievement on Twitter.

The sites were brought down by a distributed denial-of-service (DDoS) attack, with different computers around the world being deployed to bombard the sites with traffic using the LOIC attack tool.

However, LOIC (the name stands for Low Orbit Ion Cannon, and you can read more about it in a detailed analysis by Sophos’s Vanja Svajcer) doesn’t do a very good job of covering your tracks – making it potentially easy for computer crime authorities to track those behind the attacks.

My guess is that those who took part in the attacks are not in such a celebratory mood now that the Turkish authorities appear to have identified some of them.

Of course, it may not be the end of the story. After the arrest last week of suspected Spanish members of Anonymous, the online group threatened to launch a DDoS attack against Spanish police websites (something we also saw happen in the Netherlands after the arrest of a 16-year-old boy alleged to have been involved in a pro-WikiLeaks DDoS attack on a number of websites).

It certainly wouldn’t be a surprise to hear about a retaliatory attack against Turkish websites also following these arrests.

The detained suspects have been taken to Ankara for questioning.