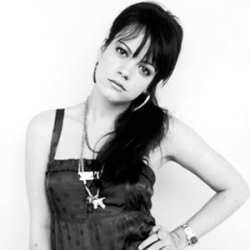 Although we see scams spreading on the Facebook social network every day of the week, there seems to be a special spurt of activity at weekends.

Maybe people who are susceptible to scams are more likely to be clicking on links apparently shared by their Facebook friends at the weekend, or maybe the bad guys are taking advantage of Facebook’s own security team being caught on the hop.

I don’t know the reason, but it’s never a surprise to see scams spreading quickly on Saturdays and Sundays. This last weekend we saw scams such as “The World Funniest Condom Commercial – LOL”, Baby Born Amazing Effect – WebCamera and “This Guy Took A Picture Of His Face Every Day For 8 Years” make their mark once again, for instance.

Here’s a couple of other scams we saw, where the links were pointing to clickjacking pages:

Lily Allen shows her breasts on British television!
[LINK]
In a broadcast on Channel 4, the singer Lilly Allen shows us her beautiful breasts.

That’s probably not the kind of thing that pop star Lily Allen wants spreading around on Facebook on the very same weekend that she’s getting married.

Meanwhile, some folks took advantage of the weekend to enjoy a trip to the theme park:

W0man has an 0rgasm on a r0ller c0aster
[LINK]
I love how the dude stops laughing and goes completely silent once he realizes his girlfriend wasn't joking about having an orgasm.

Note the funky spelling with zeros replacing “o”s – presumably in an attempt to avoid filters.

Hopefully not many people need reminding by now, but you should always think twice before clicking on an unknown link even if it does appear to have been shared by one of your Facebook friends.

Maybe we’d all be safer if everyone had a cold shower before logging into Facebook..

If you’re on Facebook and want to learn more about spam, malware, scams and other threats, you should join the Sophos Facebook page where we have a thriving community of over 90,000 people.

2 comments on “Lily Allen: Marriage and Facebook clickjacking in the same weekend”