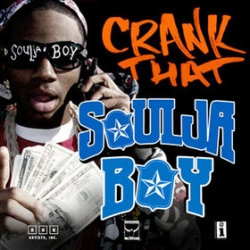 There are plenty of people in the public eye who have claimed over the years that their social networking accounts have been compromised by hackers: Lil Wayne, Britney Spears, Kim Kardashian, Lil’ Kim, Britney Spears (again) and most recently – of course – Anthony Weiner.

Some of these people may even have been telling the truth (although not US Congressman Weiner, who’s now admitted he sent inappropriate photographs via Twitter to women who weren’t his pregnant wife, and acknowledged he was lying when he blamed it on a hacker).

The latest apparent celebrity victim of social networking hackers is Atlanta rapper Soulja Boy. On Sunday his Facebook page exploded with a torrent of abuse apparently directed people who had “Like”d his page, but then posted messages expressing their dislike for the star. Here’s a small part of what was posted on the rapper’s Facebook page:

how can you say "i hate you" blah blah blah. when you are on my page that doesnt make any sense! it sounds crazy you are stalking a person who you dont like WTF kinda s*** is that.

Fans i'm sorry you had to read this. but we must take a stand. they WILL not treat us like this any longer. I dont give a f***.

I'm gonna keep talking s*** to these white f****ts until they unlike my page. f***ing weirdo stalkers!

Soulja Boy has now told celebrity news website TMZ that he did not post the messages, and that hackers stole login credentials belonging to his page’s administrators.

"I wanted to clear the air and let everyone know that my Facebook got hacked."

"I had administrators on my account that no longer work with me. The hackers used these old accounts to post hateful messages. This was not done by me or anyone on my team and I'm upset that I am being labeled as a racist and homophobic person."

Thank goodness that’s all sorted then. It would, after all, be very hard to imagine that a rapper would use such incendiary language – not their style at all..

Maybe if Soulja Boy became a fan of Sophos’s page on Facebook he would learn how to better secure his computers, and be able to teach an important safety lesson to his page administrators.