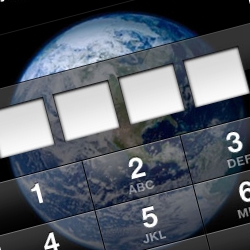 Are you one of the many people who is using a dangerously easy-to-guess passcode on your iPhone?

Maybe you should do something about it – sooner rather than later.

The warning comes after new research suggested that 15% of all iPhone owners use one of just ten passwords on their lock screen: Fortunately, he didn’t snoop on the actual passcodes used by iPhone users to lock their devices – but instead anonymously collected the codes chosen by users to secure the “Big Brother Camera Security” app he develops. In all, Amitay collected over 204,000 passcodes.

Amitay postulated that as Big Brother’s password setup and lock screen are nearly identical to the actual iPhone lock screen, the likelihood is that the passcodes used would most likely correlate with the codes used to lock iPhones.

Now, I can think of strong arguments why some people would choose different passcodes for an app than the one they use to lock their smartphone, but my hunch is that many people don’t bother.

Regardless of those quibbles – Amitay’s findings are worthy of exploring. Some of the passcode choices that Amitay’s research has thrown up are sadly predictable. People who are choosing the likes of “1234”, “0000” and “1111” as their passcode, for instance, are doing the equivalent of locking up their cars with a piece of thin string.

Those who have chosen “0852” and “2580” aren’t doing much better – they’ve just chosen their passcode by sweeping up and down the keypad.

Fortunately, Amitay has a theory on this. He points out that “5683” spells out “LOVE” on the keypad, and that may be why it’s so widely used.

And “1998”? Well, it turned out that 199* represented the highest frequency of choices that could represent a decade (the 1990s) – so maybe this is an indication of birth years or the year of graduating college. I hope you’re not using an easy-to-crack passcode on your iPhone.

Maybe you should switch to using a passphrase for your phone’s security instead? At the very least that won’t restrict you to four numeric digits – so you can make things a little more complex.

If you want to turn the simple passcode off on your iPhone, click on the Settings icon, followed by General to reach the Password Lock options.

With the Simple Passcode option disabled, you’ll be able to choose a longer, more complex password which can comprise upper- and lowercase letters, numbers and even special characters.

Of course, you’ll still need to be sure you don’t choose one of the top 50 passwords you should never use.

Oh, and one final thought.. What’s the 4 digit PIN you use at the bank’s ATM cash machine?