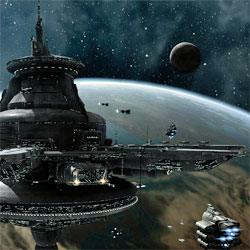 EVE Online, the popular sci-fi multiplayer online game, is amongst the latest websites to have been attacked by the LulzSec hacking group.

Also hit were Escapist magazine’s website, and online games Minecraft and League of Legends, as the hacking group appeared to take requests from online fans regarding which sites they would like to see hit next. There don’t appear to be any rhyme or reason behind these latest LulzSec attacks against gaming websites – they appear to be motivated purely for the group’s own entertainment, at the expense – obviously – of the gaming companies and customers affected.

What is clear is that these attacks (and earlier ones by the group against FBI affiliates, Sony and others) are gaining a lot of attention from the media, and as such must have garnered the attention of the computer crime authorities.

If LulzSec is going to carry on having its “fun” it will need to be very careful that it isn’t leaving clues as to the identities of its individual members.