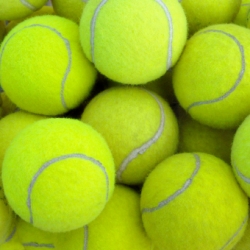 With summer rapidly approaching (we hope..) in the UK, many people’s thoughts are turning to strawberries, cream and action on the grass courts of SW19.

Here’s an email that we’ve seen spammed out to computer users, pretending to come from banking giant HSBC. The messages have a subject line of “Claim your ticket at Wimbledon” and have a file attached called prize-form.html.

Opening the file to unclock your prize, however, is not such a good idea as it contains a form which asks for all sorts of personal information about your bank account – including your date of birth, memorable names, card security code and so forth. The scam earns some extra credibility because HSBC is a genuine sponsor of the Wimbledon tennis tournament, and there was indeed a competition held by the bank to meet Tim Henman.

Winners, however, were notified on 10 May 2011 according to HSBC’s website – which is more evidence, if you needed it, that this email is a phishing scam designed to steal your credentials.

Don’t allow the thought of free tennis tickets trick you into making bad security decisions. Always be suspicious of unsolicited emails from your online bank – especially if they ask for information like this.