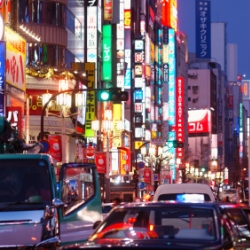 People who write or deliberately spread malware can expect to be fined or receive up to three years in prison, under laws enacted by the Japanese parliament today.

Up until now, you could only expect to feel your collar felt by the computer crime authorities in Japan if the malware you had created had caused some damage, now just the act of writing it would seem to be enough.

Under the new law, police will also be able to seize the email communications of suspects from ISPs, raising concerns amongst the country’s privacy campaigners who have warned of the police getting excessive powers.

According to news reports individuals who create and supply computer viruses “without any reasonable excuse” can face up to three years in jail, or a fines of up to ¥500,000 (approximately US $6,000).

Acquisition and storage of viruses is punishable by a prison sentence of up to two years, or ¥300,000 in fines.

One hopes that common sense will prevail and that those with a legitimate reason to store and acquire malware (anti-virus vendors for instance!) don’t find themselves facing such charges..

For instance, last year we reported the arrest of a man who had spread malware via the Winny peer-to-peer file-sharing network, changing the icons of infected computers to those of an orange cartoon octopus.

At the time, police officers claimed that the man had infected approximately 50,000 computers with the malware.