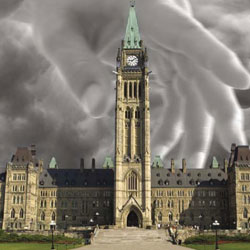 What a great conference!

Sophos was a Platinum sponsor again for the SC Congress in Toronto this year – and in addition to having a busy booth in the exhibition hall, Sophos had the opportunity to speak during one of the technical sessions.

Being the second year that this conference is held at the Metro Toronto Convention Centre, there certainly was a large crowd of attendees. I had a great time seeing old friends and making new ones!

Now I’m back in Chi-town after spending a few days in transcendent Toronto. I spent some time helping out at the booth speaking with customers and security pros interested in learning more about Sophos.

In addition to booth duty, I was able to attend the sessions and had the opportunity to speak on data protection. The title of the session was “Where’s your data?”

The focus of the session was about how data is a prime target of cyber-criminals as well as *internal* criminals. Organizations need to be better prepared for these crimes rather than mostly being concerned about data loss. The conversation went to looking at real life lessons learned vis-à-vis recent data breach headlines from May and early June, third party statistics and which Sophos technologies can help protect their data.

Sophos was also fortunate enough to have Nigel Miranda from OFINA participate during the session with his thoughts on the topics discussed. While educating people on the topic of the session, I also like to learn from the attendees. The two highlighted nuggets of knowledge I was able to walk away with were around Canadian breach notification laws and DLP.

For a SOPHOS branded T-shirt giveaway I asked the question, “How many Provinces adopted or modified their PIPA to include a breach notification law and which ones?” A slightly trick question as it makes it sound as if there are many.

Only one person was able to raise their hand. Meanwhile behind that person someone made a zero with their fingers.

When I selected the person to answer the question, we all received a much more thorough and deeper response than just zero fingers. The respondent asked me to clarify if I meant Federal versus Provincial and how the notification should be made to the victims.

It felt like a courtroom cross examination, and all I was looking to hear was, “One and it’s Alberta!” but I learned a little about PIPEDA as well.

Bravo and well deserved to the winner! (Who, by the way, later confessed that they were a lawyer).

My other surprise was that when I asked the 75-or-so people sitting in the session, “How many of you know that Sophos has a DLP solution?” – only two half-hearted hands went up.

If given the opportunity to have guessed before the question was posed, I would said that about half the room would have known about Sophos Data Control versus a rough 2.6%.

Curious to know more about the event? SC Magazine made the conference brochure available online. I’m looking forward to the next SC Congress Canada 2012 on April 3rd and 4th!

PS. SC Magazine has made some photos of the event available via its Facebook page. Enjoy!