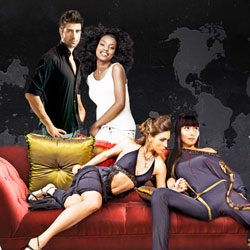 BeautifulPeople.com, the dating website which claims to only accept members who pass an attractiveness rating, is claiming in the media that it has been hit by a computer virus.

According to a press release issued by the website, it was hit by a virus called “Shrek” that made it possible for “30,000 ‘ugly’ people to invade the site.” The story has been widely reported by the likes of The Guardian, The Telegraph, Fox News, The Daily Mail and many other media outlets.

Ermm.. is it April Fool’s Day? My suspicion is that this is more likely to be a publicity stunt by BeautifulPeople than to have any basis in truth, and the world’s media are falling for it.

Here’s what Greg Hodge, MD of BeautifulPeople, had to say in the press release:

"We got suspicious when tens of thousands of new members were accepted over a six-week period, many of whom were no oil painting."

"We responded immediately, repairing the damage from the 'Shrek Virus' and putting every new member back into the rating module for a legitimate and democratic vote. The result is that we have lost over 30,000 recent members.

"We have sincere regret for the unfortunate people who were wrongly admitted to the site and who believed, albeit for a short while, that they were beautiful. It must be a bitter pill to swallow, but better to have had a slice of heaven then never to have tasted it at all."

It’s a fantastic piece of chicanery, of course, designed to boost awareness of the dating website, get them many thousands of pounds of free publicity with little risk of damage to their reputation.

The website explains that it hasn’t needed to inform any computer security firms about the malware as it is being “investigated internally”, and a “former employee.. placed the virus before leaving the team” and “despite wreaking havoc with the application process, member privacy and security was never breached.”

Phew! So, lots of publicity for the website but nothing for current or future members to worry about then. How convenient!

The company has certainly run imaginative PR stunts in the past, such as when it ran a campaign making members re-apply if they had “let themselves go” over the Christmas festivities. The dating website’s PR agency has been upfront that that initiative was designed to:

"provoke media attention with a controversial press release... to attract more hits and applications, [and] to generate extensive global coverage."

Sure enough, it won them a “Best Global Campaign” award at the CIPR Awards in 2010.

My bet is that BeautifulPeople has just come up with its latest publicity stunt – and you know what? It’s worked.