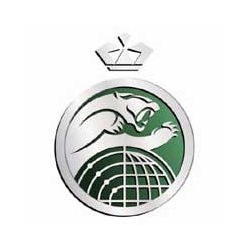 SOCA, the UK’s Serious Organised Crime Agency, appears to have become the latest casualty of the LulzSec hacking group as its website was sporadically inaccessible today.

In an echo of the announcement LulzSec made about its attack on the CIA’s website, a message on Twitter announced the news of the denial-of-service attack in simple terms:

Tango down - soca.gov.uk - in the name of #AntiSec

As I’ve explained before – a denial-of-service attack is a bit like “15 fat men trying to get through a revolving door at the same time”. A website becomes so flooded with unwanted traffic that genuine visitors to the site find it difficult, or impossible, to get through. LulzSec’s anarchic activities are a thorn in the side of the computer crime authorities, and the irony of SOCA (whose staff investigate cybercrimes in the UK) being knocked out by an attack from the hacking gang will not be lost on anyone.

The question that everyone wants answered, of course, is “Who are the people behind LulzSec, and when will they be brought to justice?”