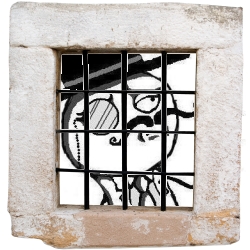 New Scotland Yard has confirmed that it has arrested a 19-year old suspected hacker in Essex, UK, in connection with a series of hacks and denial-of-service attacks against a number of organisations.

It is being widely speculated that the arrest is in connection with the high-profile attacks by the LulzSec hacking group, which has claimed amongst its victims Sony, the CIA, the FBI, and the Serious Organised Crime Agency (SOCA).

Officers from the Police Central e-Crime Unit (PCeU) arrested the man last night at approximately 10:30pm, on suspicion of breaching the Computer Misuse Act, and searched a house in Wickford, Essex, where they seized computer equipment which will undergo forensic examination.

The FBI and local Essex police worked in co-operation with the PCeU to investigate the case. The arrested man, who has been named as Ryan Cleary in many media reports, has been taken to a London police station for questioning.

It’s important to note at this point that it has not been confirmed that the arrested man is suspected by the authorities of being involved with LulzSec. But many observers are speculating that that could be the case. The controversial LulzSec group have been playing a dangerous game as they targeted “big players” such as the crime-fighting agencies around the world. Inevitably the authorities were not going to take kindly to that, and would put man-power to work seeking out intelligence as to who could be involved.

Seemingly drunk with the popularity of their Twitter account (which has more than 220,000 followers) they have becoming increasingly vocal in the messages they have made public, and embarrassed computer crime authorities and large organisations around the world with their attacks. One had to wonder if all of this bragging could lead to the group’s downfall. It would, after all, be hard to keep a secret from friends and peers if you were a member of LulzSec.

There has been much speculation recently regarding who might be behind LulzSec – if the police believe that they have cracked the group then a strong message will be sent to others considering engaging in illegal acts such as malicious hacking and denial-of-service attacks.

It will be interesting to see if LulzSec’s Twitter account is updated, or has anything more to say about the arrest. Will it be a case of “who lulz last, laughs longest?”

Update: LulzSec has posted a tweet about the arrest:

There were also rumours earlier today that LulzSec had stolen details from the UK Census. This story always appeared somewhat dubious, and LulzSec has now officially denied any involvement.

Unless any evidence comes to light, I think we can be reasonably confident that no hack has occurred against the UK census.