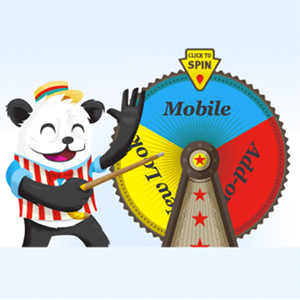 Mozilla delivered on its promise to have the Version 5 release of its browser ready by midwinter’s day, which takes place today in Australia – 22 June 2011.

The new version officially calls itself 5.0, but the Version 4 release is just three months old, and has had only one point update (to Version 4.0.1).

It looks as though Mozilla is simply copying Google’s Chrome version numbering system in order to seem more “with it.”

Chrome now increments the leftmost number in its version string with every release, which gives the impression that it is making faster progress than products which change their major version number less frequently. That’s good marketing, of course, but poor science by the observer. (Your car doesn’t really increase in speed by 60% when you switch the speedo from MPH to KPH.)

With Chrome already up to Version 12 (and 13 in beta), Mozilla clearly feels that lagging back at V4 for more than a few months would look tardy. V3 is now the previous version – the official page of “all older versions” lists V3.6.18, and that’s that.

As I’ve mentioned before, it’s no longer a simple matter, after updating Firefox to the latest version, to find out what’s changed. Even the trusty Releases page now only gets you as far as V4.0.

And before you update, there’s no easy way to find out what you’re letting yourself in for, either – except for the breathless claims that V5 has a new look, super speed, and even more awesomeness.

In case you’ve just updated and you’re wondering what’s changed, V5’s killer feature appears to be support for the Do Not Track feature on multiple platforms; it also “includes more than 1,000 improvements and performance enhancements that make it easier to discover and use all of the innovative features in Firefox”.

If you’re committed to the new-style Firefox, and you want the latest security patches to V4.0.1, your only choice is to go to V5, which fixes five remote code execution vulnerabilities and three less serious faults.

The V5 critical fixes are:

There is no security fix for V3.6, which stays at 3.6.18. I can’t help smiling at that, and wondering how many of the security fixes above were necessitated by code added since 4.0.1 to bring us those more-than-1000 enhancements and all that additional awesomeness.

My wish from Mozilla? For Firefox 6 (or 5.0.1, if there is one), please add one tiny extra step to the Check for updates button.

Let me preview a brief but informative list of security fixes I’m going to get (plus their significance), and a short list of anything which will look sufficiently different after Firefox restarts that I might scratch my head and think, “I wonder if that was supposed to happen?”

–
P.S.Yes, I’ve updated. I wanted the security fixes and I’ve found the FF4 code base usefully quicker. Nothing unexpected has happened to my settings, and it’s so far, so good. I’ve got 3.6.18 installed in parallel, just in case. But I had that before, anyway.