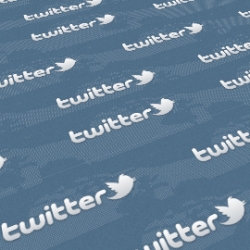 There are various different ways of getting more followers on Twitter.

The easiest method is to be a celebrity. It doesn’t matter if you tweet anything interesting, you’ll probably find a fair number of people will follow you regardless.

Alternatively, you could try to tweet something that people find useful or amusing or informative on a regular basis. If you put in the hours, write great tweets and be yourself then you may find others are happy to follow you and engage with you online.

But if both of those options sound far too tricky, you might be tempted to try the Twitter equivalent to a “get rich quick” scheme in your hunt for more followers.

Take these messages which are currently appearing on Twitter, for instance: If you are tempted to click on the link, you will be taken to a webpage which offers you a service that promises hundreds or thousands of new followers. Many different websites exist like this, here’s just two of the sites we have seen being used in the current campaign. Although the graphics differ, the basic template of the site remains the same – including options to either pay for a VIP plan or try out a free service that promises hundreds of new followers.

I must admit I smelt a rat, and so I created a brand new Twitter account to see what would happen if I tried out the “free trial”. In the bottom right hand corner, they admit that they are not endorsed or affiliated with Twitter. Common sense would hopefully tell you to step back at this point, and not allow the app’s authorisation. But if you’re hungry for new followers maybe you would continue, oblivious to the risks.

But sadly, some people are too keen for new followers. And they pay the price in the form of a message promoting the followers service is posted to their feed. In this way, the links can spread rapidly between Twitter users. Although this may seem like a good thing, it isn’t. After all, the rogue app has now made your account follow scores of seemingly random Twitter users – if you have no interest in what they have to say, you’re going to find that pretty irritating. Furthermore, if you’re just playing a numbers game on Twitter you’re fooling no-one but yourself. It doesn’t actually matter how many people in total follow you on Twitter – what’s much more important is how many people are listening to what you’re saying on Twitter.

It’s no good, for instance, if you have five million Twitter followers but there aren’t actual people sitting behind them, reading what you have to say.

In other words, these “get more followers fast” apps are a waste of time. You’re not interested in what random people are saying on Twitter, so why should random people care about what you have to say?

Furthermore, who’s to say that some of these new people who you are following are not cybercriminals, planning to tweet out malicious links or spam messages in your direction?

Twitter has published information on its help pages which describes the dangers of these “Get More Followers Fast”-type websites and apps.

So, what should you do?

But don’t forget that you entered your username and password on the third-party website too! That means you should consider your password to now be compromised, and you should change it as soon as possible.

Remember – the fact that you gave them your username and password means they could in theory log into your account and read any of the information you store up there – including your email address and your private direct messages.

If you take no action against attacks like this, don’t be surprised if the unknown parties who now have control over your Twitter account use it to commit crimes or cause a nuisance.

5 comments on “Beware shortcuts for getting more followers on Twitter”