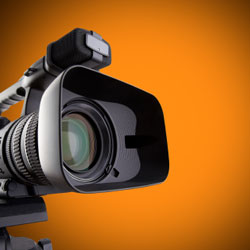 Scams continue to be a problem on Facebook, and the latest uses a ghoulish lure that we have seen before.

Messages are spreading rapidly on the social network claiming to be of a video that a photographer took three days before he committed suicide.

Or “commited” suicide, as the scam incorrectly spells it. Photographer commited SUICIDE 3 days after shooting THIS video!
[LINK]
This really must have been an awkward moment.

Hmm.. does that story about a photographer committing suicide ring any bells? Well, it should do if you’re a regular reader of the Naked Security site as a year ago we told you about a similar scam, although on that occasion it was claimed that a horrific photo (not a video) had caused a man to kill himself.

The story had *some* basis in truth back then, although not much. The photograph used in last year’s scam showed an emaciated young girl in Sudan and was taken in March 1993 by prize-winning South African photo-journalist Kevin Carter. Carter did kill himself – but it was over a year later in South Africa, not three days after the photo was taken as claimed by the scam last year.

Anyway, time has moved on – and now the messages on Facebook claim that a video has caused a man to kill himself.

So, what happens if you click on the link? Where is your browser taken? Look familiar? Have you seen that “Jaa” button before? Well, you should have done as it’s a very similar ploy to the “Amazing Orgasm” Facebook scam that we saw spreading on Facebook last week.

“Jaa”, if you remember, is Finnish for “Share” – which should give you all the clues you need to realise that the scammers are tricking you into Sharing and Liking the video to spread it to your Facebook friends and family.

The reason they want you to do that is so that you will drive more traffic towards their online surveys – the scammers earn money the more people who complete these, and maybe you or your friends will be tempted to spend some time answering questions in the belief that you will see a morbid video at the end of it. So you really should take much more care over which pages you agree to “Like” on Facebook. Remember, you should never be coerced into publicising a Facebook page before they have shown you the content you are interested in. After all, if you like what you see, you’ll only be too happy to share it with your friends, right?

If you got hit by this scam, make sure you have removed the entries from your news feed (to stop them being shared amongst your friends) and check your profile has not any unwanted “Likes” under your “Likes and interests”.

If you use Facebook and want to get an early warning about the latest attacks, you should join the Sophos Facebook page where we have a thriving community of over 100,000 people.

2 comments on “Did a photographer commit suicide after shooting a video? No, it’s a Facebook scam”