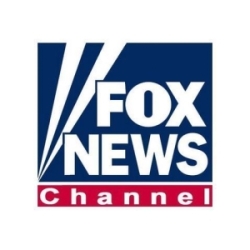 An official Twitter account belonging to the political team at Fox News has been compromised and fallen into the hands of hackers who have posted false stories claiming that Barack Obama has been assassinated.

The messages were posted at approximately 2am local time, and were quickly retweeted across the network. BREAKING NEWS: President @BarackObama assassinated, 2 gunshot wounds have proved too much. It's a sad 4th for #america. #obamadead RIP

We wish @joebiden the best of luck as our new President of the United States. In such a time of madness, there's light at the end of tunnel

The rogue tweets seem to have begun after a message was posted on the FoxNewsPolitics account saying “Just regained full access to our Twitter and email. Happy 4th”.

That message implies that whoever hacked into the account compromised the email address of the person who administers the FoxNewsPolitics account, giving an unknown third-party the ability to post tweets at will.

At the time of writing the false announcements are still present on the FoxNewsPolitics Twitter page – the July 4th Independence Day holiday may mean that no-one at Fox has been able to log into the account to remove the tweets.

A Twitter account calling itself “TheScriptKiddie” has claimed responsibility for the attack, but has since been suspended.

The Fox media empire appears to have drawn a lot of fire from hackers in recent months. In May, hackers stole details of employees usernames and passwords and defaced Twitter and LinkedIn pages.

Previously, the personal information of more than 250,000 people was stolen from Fox’s The X Factor show.

Although some may be amused by the latest hack, users can clearly be put at risk if an account is exploited by somebody with malicious intentions (they could link to a website containing malware, as we recently saw with the recent breach of Simon Pegg’s account for instance).

The employees of Fox responsible for the administration of the company’s social media accounts might be wise to refresh their knowledge of password security and check that their computers have not been compromised with spyware.