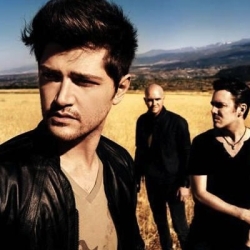 If you went to the website of Sony Music Ireland (sonymusic.ie) earlier today you would have discovered some astonishing celebrity stories:

Perhaps most astonishingly of all, the story claims that Miss Black has joined Sony’s security team. If it’s true that Rebecca Black is going to be helping Sony with their computer security, then she’s going to be kept busy.

But, of course, all of the stories are fake.

Hackers appear to have broken into Sony Music Ireland’s site and planted the bogus celebrity stories. It’s just the latest in a long line of attacks upon Sony websites, and further embarrasses the company as it tries to protect its online reputation.

Sony Music Ireland is presently redirecting visitors to its website to its Facebook page instead. Presumably they will bring the site back online once they are confident they have got its security under proper control.

If you run a website it’s essential that you ensure it is being kept as secure as possible. If you haven’t already done so, read this informative paper by SophosLabs, “Securing websites”, which covers some of the issues.