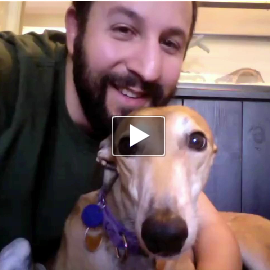 It’s powered by Skype, which is probably an excellent thing. You have probably already decided whether you trust Skype and its technology, so you’re not sailing entirely into the unknown on that score.

And Skype is now owned by Microsoft, a company you’ve probably also already decided whether you trust or not. (If you are reading this on a Windows computer, an accurate first approximation is that you do.)

Microsoft, despite being the archetype of closed-source software vendors, has consistently improved its attitude to security over the past 20 years, when it first wandered into the security field with a badge-engineered version of Central Point Anti-Virus.

Perhaps, then, Facebook + Microsoft-by-way-of-Skype will cause some of Redmond’s recognition of the long-term value of security to rub off on the social networking giant.

In the meantime, don’t let your guard down just because you’re video calling directly from Facebook, where you’re used to having fun. In particular, review who your friends are.

And watch out for calls from hijacked accounts, or from borderline “friends”, just as you ought to do via any other messaging service, including email.

Scammers must be licking their lips at a low-cost way of getting literally in your face. Old scams have a way of seeming new and unexpected when they migrate to a new medium.

In particular, watch out for Stranded in [Foreign Location] scams. Voices can be hard to recognise reliably on poor-quality links, and video may be unrecognisable. You probably know the deal: a friend contacts you from an overseas trip. They’ve lost everything – credit cards, passport, cash, hotel key! They need $1000 wired via cash transfer as soon as possible so they can afford to get to their feet. Help!

Check via an alternative channel if your friend really is in trouble. Give them a phone call. Ask a mutual friend. Is the friend-in-trouble even in [Foreign Location]?

And watch out for Fake Support Call scams. Again, you can imagine the story. The caller is “from Facebook,” or “with Skype”. They’re calling from the hacked account of a friend – unusual, of course, but this is an emergency! – to advise all the friends of that friend that they, too, may be compromised.

Could you quickly check for an error in the Event Viewer? Oh, no! Not the dreaded “Service Failed To Start” error! What good fortune! The caller just happens to be able to help you. Just $300 and the trouble will go away. (That bit is true. $300 and they’ll stop haranguing you. For the time being.)

Hang up. You didn’t ask for help, so even if you think you need help now, consult a real-world friend you know and trust. Ask them to guide you.

There’s no reason why you can’t have loads of fun with this new Facebook + Microsoft-by-way-of-Skype venture. Just don’t let the novelty of it lead you astray.

12 comments on “Facebook video chat – what could possibly go wrong?”