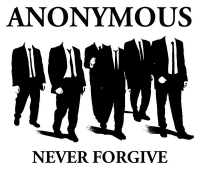 Anonymous has launched what they portray as an opening salvo against international agricultural giant Monsanto. Calling their mission #OpMonsanto, they released the names, addresses, emails and phone numbers of over 2,500 Monsanto employees and affiliates.

Anonymous didn’t release details on types of systems, flaws or anything else that might explain how they acquired the stolen information. They claim to have taken down Monsanto web assets and mail servers.

Anonymous mentioned port 6666 being open on a Monsanto server, implying that they might set up an IRC channel on the compromised host. Anonymous also stated they intend to create a wiki for sharing and organizing their stolen information. In a separate statement Anonymous also declared their intent to attack Exxon Mobil, ConocoPhillips, Canadian Oil Sands Ltd., Imperial Oil, the Royal Bank of Scotland, and many others in an operation they call “Project Tarmeggedon.”

These companies have been involved in developing the Alberta, Canada oil sands. The oil sands have been controversial among environmentalists for years, as the methods used to extract the oil from the sand are detrimental to the environment.