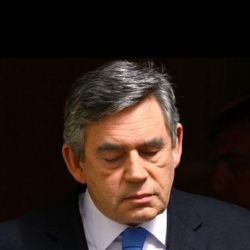 With the News of the World “phone hacking” scandal continues to dominate news headlines in the UK, new claims are being made that journalists didn’t just spy on celebrities and members of the public by listening to voicemail messages but also used malware to hack into computers.

It’s thought that journalists targeted former Prime Minister Gordon Brown in their phone hacking attacks, and journalists are also alleged to have obtained information about his bank account through underhand means.

In a rowdy debate in the House of Commons yesterday afternoon, Gordon Brown said that the crimes went far beyond phone hacking:

"Amassed against these guiltless victims and against a succession of other victims of crime whose names I know about and have seen, and have yet to be made public, was the systematic use of base and unlawful methods - new crimes with new names: blagging, hacking, Trojans to break into computers and not just phones. It was not the misconduct of a few rogues or a few freelancers but, I have to say, lawbreaking often on an industrial scale, at its worst dependent on links with the British criminal underworld."

My suspicion is that Gordon Brown is right. If an investigator thinks it is acceptable to break into mobile phone voicemail accounts and listen to messages without authorisation, are they going to have any qualms about sending emails with malicious attachments to the people they’re trying to dig the dirt up on?

The spyware Trojan area of the whole “hacking” scandal hasn’t been covered much in the media yet, but it may only be a matter of time.

Already there are some cases bubbling to the surface, such as the sex blogger “Belle de Jour” who claims she was sent malware by the Sunday Times.

And earlier this year BBC’s Panorama programme investigated claims that the News of the World had used computer Trojans to extract information from a former British army intelligence officer who had served in Northern Ireland.