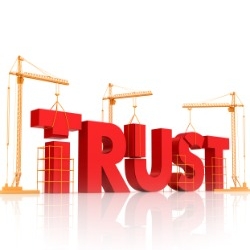 According to a recent article from the coolcats at Fast Company, “Digital Oxytocin: How Trust Keeps Facebook, Twitter Humming”, the Pew Research Center has shown that the more time you spend on the internet, especially social networks like Facebook and Twitter, the more trusting you become.

Not just on social networks, but everywhere – both online and in real life.

Now, the article is well worth a read, but those of you short on time, here is the gist:

With 30% of the world estimated to be online – about 80% of North America and 60% of Europe – and more than half of these users belonging to some social networking site, an increase in trust could have major impacts on how people interact in the future.

Does this mean that social network users will eventually become a bunch of loved-up hippies? It is really difficult for me to imagine what I would be like if I shed my cynical armour.

I shouldn’t really worry: while I study social networks all the time, I am more of a voyeur than a player. Let’s be honest here – I find them really scary.

Many users of social networks seem completely addicted – they are on there all the time, recording every event of their lives. It just seems so intrusive to me…and compulsive. A recent Intel ad unintentionally sums it up well, and I guess I am not tempted to building a “Museum of Me”.

It seems clear me to me that if Facebook users are genuinely more trusting, they are more at risk of online scams, both on and off social media sites.

One could argue that they should proactively protect their community against commonly encountered threats.

It is not that trust is a bad thing, but it certainly can be taken advantage of by the fraudsters.

If you are on Facebook, check out the Sophos page where we warn users about the latest security threats and attempt to raise awareness.

3 comments on “Does using Facebook put you at more risk elsewhere on the internet?”