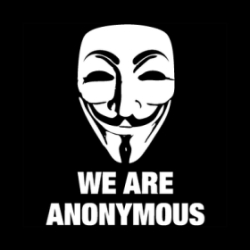 The Anonymous hacktivist group has announced that it will launch its very own social network, to be called AnonPlus, after accounts it held with Google+ were suspended for violating terms and conditions. Google+ has recently been enforcing a policy of shutting down profiles which contain fake names or those that represent organisations rather than individuals, so it’s not exactly surprising to see Anonymous-related profiles being zapped.

AnonPlus, Anonymous’s answer to the likes of Google+, is far from ready, however.

A team of 17 Java developers has been announced on the site’s holding page, alongside a manifesto announcing the “new social network where there is no fear of censorship” and “no more oppression”, but it seems that any working infrastructure for AnonPlus is some considerable way off still. It’s hard not to be cynical about the prospects of a new social network being built from scratch.

Yes, Google – with all the resources it has available – appears to have done a good job with Google+, but surely a loosely-knit amateur collective like Anonymous, which rejects organisational constructs, will have a much steeper challenge.

Anyone remember Diaspora? They had the advantages of support from many and even some funding, but they seem to have gone awfully quiet lately, don’t they?

It will be interesting to see if AnonPlus becomes popular if/when it launches with the very people it is intended to help – those who are being prevented by oppressive regimes from sharing information freely and safely with the rest of the world.