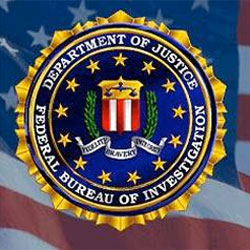 In the early hours of this morning, the FBI executed search warrants at to gather evidence at the homes of alleged members of the Anonymous hacktivist group.

According to a Fox News report, two homes in Long Island, New York, and one in Brooklyn, were searched by FBI agents looking for evidence that computers at the addresses had been used in distributed denial-of-service (DDoS) attacks against a number of websites.

Computer equipment is said to have been removed from the home of Giordani Jordan in Baldwin, Long Island by FBI agents.

In recent months, a number of high profile websites (including those belonging to PayPal, Mastercard, Visa and the Recording Industry Association of America) suffered DDoS attacks, with different computers scattered across the world deployed to bombard targeted sites with traffic using a tool called LOIC.

However, the Low Orbit Ion Cannon (LOIC) tool doesn’t do a very good job of covering the tracks of attackers – making it potentially easy for computer crime authorities to track those behind the attacks.

The raids in New York followed just hours after hackers launched an attack against The Sun newspaper, redirecting visitors to a false news story that News Corporation CEO Rupert Murdoch had been found dead.

In recent months we have seen Anonymous-related arrests in the USA, UK, Spain, and Turkey.

Facilitating or conducting a DDoS attack is illegal in many countries around the world, and in the United States is punishable by up to 10 years in prison and considerable fines.