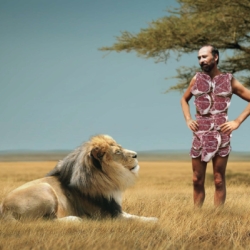 After the usual protracted period of speculation and rumour, Apple finally launched the latest version of Mac OS X today. Code-named “Lion”, version 10.7 is the first update to the ten-year-old operating system since Snow Leopard in 2009.

I’m very pleased to announce that our currently shipping versions of Sophos Anti-Virus for Mac – both Corporate and Home editions – are compatible with Lion. In fact, we’ve been compatible since we released version 7.3.0 in June 2011*.

With their closely-guarded approach to release dates, Apple don’t make it easy for us to plan our efforts so I’m particularly proud of our engineering team who have kept on top things through all the preview releases.

Lion is widely seen as moving the Mac closer to the enormously successful iPhone and iPad devices. From a user interface point of view, this includes “Launchpad”, a way of organizing and running applications with icons on a paged, full-screen interface that will be very familiar to iPhone and iPad users, and better support for full screen applications. Lion also contains some interesting security features. Under the hood, there is application sandboxing for programs distributed through the App Store. Sandboxing limits the kinds of interactions an App can have with other parts of the system. Before publishing, Apps must go through an approval process that requires them to touch only those components they really need to. Although the App Store on iOS has helped in keeping malware off that platform, bear in mind that the App Store is not the only way to download and install software on the Mac.

Lion also provides a more complete implementation of Address Space Layout Randomization (ASLR). This affects how OS X loads programs into memory and means attackers can no longer use exploits that assume targeted data or routines will be found at fixed locations. It’s been implemented in other operating systems like Windows and Linux for some time now so it’s good to see Apple catching up.

Although there’s much in Lion that I like, one of the features I’m not sure about yet is “Resume”. This feature means applications will generally start up where they left off. If you close down a program while editing a particular file, that file will be opened again next time you start. In general, this makes life much easier: but woe betide if you fire up your Mac while connected to a projector in a meeting room after using it to do some personal browsing the night before!

The Resume feature is the visible tip of another iceberg of structural changes to how apps behave, including automatically shutting down an application when its main window is shut, and periodically closing idle applications.

All in all, there are some good steps forward for security. Now the big question is, as with any major software release, how soon will you feel safe installing it on your own computer?

What are your plans? Do you expect to upgrade to Lion this week, or are you going to wait for a while? Let us know by answering our survey.

For all the gloss on what’s new, check out Apple’s website.

*If you are running Sophos Anti-Virus on your Mac, please make sure it’s at version 7.3.0 or above before you upgrade because Apple have informed us that older versions will be automatically disabled by the upgrade process.

If you’re not already running Sophos Anti-Virus for Mac, why not download our free Home Edition. Did I mention it’s free?