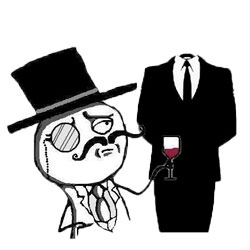 Computer crime authorities will be hoping that they have struck a significant blow against the Anonymous and LulzSec hacking groups, following a series of raids and arrests on both sides of the Atlantic.

In the United States, 16 people have been arrested in connection with an internet attack last year against PayPal – an assault which was claimed by the loosely-knit hacktivist group known as “Anonymous”, in retaliation for the website withdrawing support for WikiLeaks.

According to a Department of Justice press release, arrests were made in Alabama, Arizona, California, Colorado, the District of Columbia, Florida, Massachusetts, Nevada, New Mexico, Ohio and the District of New Jersey.

In all, FBI agents executed more than 35 search warrants as part of the co-ordinated investigation.

In addition, the UK’s PCeU arrested a 16-year-old youth known as “T-Flow” in South London, on suspicion of breaching the Computer Misuse Act. The teenager is allegedly connected to hacks perpetrated by the LulzSec and Anonymous groups.

Defendants named by the US authorities include:

In addition, 21-year-old Scott Matthew Arciszewski, 21 who was arrested by the FBI in Florida, was charged with hacks targeted at the Tampa Bay InfraGard website.

InfraGard is a public-private partnership for critical infrastructure protection sponsored by the FBI.

Meanwhile, 21-year-old Lance Moore, of Las Cruses, New Mexico, was charged with allegedly stealing confidential business information from AT&T’s web servers. Moore is said to have worked as a customer support contractor at the firm and is alleged to have downloaded thousands of documents and other files that he was not authorised to access.

The AT&T files were later published by the LulzSec hacking group.

Computer crime authorities will no doubt be hoping that they have struck a significant blow against the Anonymous and LulzSec hacking groups – but anyone who believes we have heard the last of the hacktivists is probably going to be sourly disappointed.

10 comments on “LulzSec and Anonymous hacker suspects arrested by US, UK and Dutch authorities”