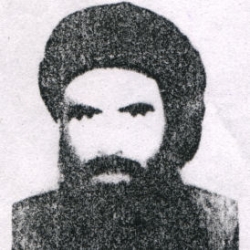 It seems that the UK isn’t the only country at the centre of a phone hacking scandal.

A spokesman for the Taliban has claimed that phones, email accounts and a website belonging to the group were hacked, and text messages distributed claiming that their reclusive Afghan leader Mullah Mohammed Omar had died from heart disease.

Zabihullah Mujahid angrily denied the rumours that Mullah Omar, one of the world’s most wanted men, was dead, in an interview with Reuters:

"This is the work of American intelligence, and we will take revenge on the telephone network providers."

Whether the mobile phones of Taliban spokespeople were actually hacked, or whether their phone numbers were spoofed when sending the messages, is unclear at this point in time. But it seems likely that the Taliban will be looking into how it can better secure its communications in future.

According to Zabihullah Mujahid, the United States has blocked access to the Taliban websites since July 14th. If the US forces were responsible for the rumours of Mullah Omar’s death, in the hope of destabilising and confusing the Taliban, it certainly wouldn’t be a surprise.

After all, disinformation and psychological warfare have been going on for hundreds of years.

Mullah Mohammed Omar has been in hiding since October 2001, with the USA offering a $10 million bounty for information leading to his capture.

So, if you see a one-eyed reclusive Taliban leader walking down your street, you now know who to contact.

4 comments on “Were mobile phones hacked to spread rumour of Taliban leader’s death?”