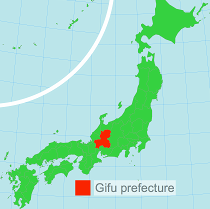 According to a report in Japanese newspaper The Daily Yomiuri, a 38-year-old Japanese man has been arrested “on suspicion of storing a computer virus on his personal computer without legitimate reasons.”

The arrest follows very quickly on the heels of new Japanese legislation which specifically criminalises the creation, storing and deliberate spreading of malware.

In the past, Japanese cops trying to crack down on malware-related cybercrime have had to rely on various “Al Capone” solutions. (The infamous US crimelord of the 1920s was never convicted of gangster-related crimes, but instead brought to book and imprisoned for failing to pay tax on his ill-gotten gains.)

For example, one Japanese malware disseminator was convicted in 2008 not for his malware, but on copyright charges relating to the cartoon images he embedded – without permission, of course – into his code.

He received a suspended sentence on that occasion, but clearly didn’t learn his lesson. He was convicted again a few days ago, this time on damage to property charges, for further malware-related shenanigans. The court was understandably unimpressed that he had reoffended whilst on probation, and sentenced him to two-and-a-half years behind bars. In this latest case, 38-year-old Yasuhiro Kawaguchi of Ogaki, Gifu Prefecture, is the first person collared since the new laws, which criminalise the storing of malware for the purpose of infecting others, received assent earlier this month.

According to the Daily Yomiuri, however, it looks as though he will end up charged not merely with keeping a stash of viruses.

It seems that he was tracked down because he deliberately uploaded his malware into a file-sharing network, apparently “to punish people who use file-sharing software.” The malware, which was not identified, causes damage by “repeatedly copying vast amounts of graphic elements and files on a computer, causing it to freeze or malfunction.”

With the patience of many countries’ courts running out with cybercriminals, and with a recent custodial sentence for a similar offence fresh in everyone’s memory, Yasuhiro Kawaguchi is probably regretting his vigilante attitude to file sharing right now.

Malware collectors who deliberately build and store zoos of viruses – such as security researchers and anti-virus labs – can presumably relax. Keeping a well-managed, secure malware collection for research purposes seems to be quite outside both the letter and the spirit of the new law.