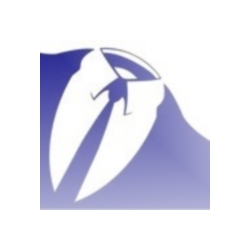 Anonymous, the loosely-knit hacktivist collective, is claiming to have got its hands on 8GB of “secret documents” from CNAIPIC, Italy’s cybercrime unit responsible for protecting the country’s critical IT infrastructure.

If it’s true that security at CNAIPIC has been breached by hackers, that would be a genuine concern as the group works with intelligence agencies around the world.

An Anonymous Twitter account announced the data breach, and links were posted up on Pastebin pointing to a selection of the stolen files, which included information related to various government departments around the world, including the US Department of Agriculture and Australia’s Ministry of Defence.

Documents about a number of private firms also appear to be included in the haul, which was claimed by The Legion of Anonymous Doom who are presumed to be a subgroup of Anonymous. A message posted on the internet in poorly-written English claimed that there would be more information and files released in due course:

"This is a prerelease of a series we are going to make to reveal the biggest in history of European LE cyber operation Evidence exploitation and abuse. Thing's gonna get published and twittered all over anonymous and lulzsec community."

A screenshot of a list of all the files that had been compromised was posted on the internet, and included in a news report by The Hacker News. A small portion of it is reproduced below. So, why is Anonymous apparently targeting the Italian cybercrime authorities?

Well, earlier this month, Italian police searched dozens of houses and charged suspects, in an investigation into the Italian branch of Anonymous – which is suspected of hitting government, business and media websites with denial-of-service attacks.

Inevitably there will be speculation that this is a counter-attack against the Italian authorities following the arrests.