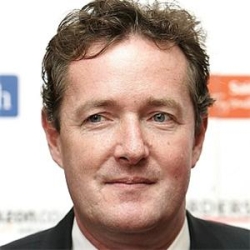 The BBC has broadcast a report claiming that phone hacking was not just a problem at the Murdoch-owned News of the World newspaper, but was also common place at its arch-rival The Sunday Mirror too.

In an investigation shown on Friday night, the BBC’s flagship Newsnight programme claimed that a former Sunday Mirror reporter had told them that phone hacking was a routine practice at the newspaper in its hunt for salacious celebrity gossip. BBC Newsnight reporter Richard Watson told viewers that the unnamed source, who had worked for several years at the Sunday Mirror, recalled how actress Liz Hurley’s voicemail was illegally accessed:

"One afternoon in the newsroom I saw Liz Hurley's phone being hacked, and a reporter listen to her mobile phone messages and take a note of what was said. It was a Thursday and I was told there wasn't much on there - just something about lunch from another woman so they would keep trying before the weekend to see what they could find."

Newsnight claimed that two other unnamed sources had corroborated the story and said such hacks were routine. Furthermore, on other occasions, the newspaper is alleged to have used voiceover artists to make phone calls, imitating celebrities to gain access to personal records or blag information. Piers Morgan, who is now a TV host on CNN, was editor of The Daily Mirror at the time of the alleged phone hacks by its Sunday sister publication. Morgan, for his part, strongly denies any involvement with phone hacking.

Piers Morgan spoke on his CNN show about the issue, after being flooded with requests from Twitter users for almost a week to give his side of the story:

"I have never hacked a phone, told anyone to hack a phone, or published any story based on the hacking of a phone."

This isn’t the first time, of course, that voicemail hacking allegations have dogged newspapers in the Trinity Mirror Group.

Former Daily Mirror journalist James Hipwell went on record five years ago claiming that many of the newspaper’s celebrity stories came from phone hacking, and gave details of how a journalist had deleted a voicemail from one of the Spice Girls’ mobile phones to prevent a rival newspaper from getting hold of it.

Morgan is adamant that no phone hacking went on under his editorship. However, in an interview earlier this year with GQ Magazine, he did confirm that the technique was well-known amongst journalists and “a very widespread practice”. Hipwell, who worked under the editorship of Piers Morgan, has repeated the claims that Mirror journalists were involved in phone hacking this weekend in an interview with The Independent newspaper.

It sounds as though someone isn’t telling the whole truth. Maybe we’ll never get the full scoop on this one, unless the claims are properly investigated.

In the meantime, it’s still worth refreshing yourself with our advice on how phone hacking works, and how to make sure you’re not a victim.

3 comments on “Phone hacking, Piers Morgan and The Sunday Mirror”