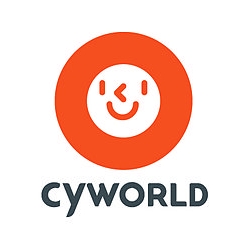 Hackers have broken into the popular South Korean websites Nate and Cyworld earlier this week, and stole information about 35 million social networking users.

Names, email addresses, phone numbers and resident registration numbers of users are said to have been compromised.

The BBC reports that the Korean Communications Commission has pointed the finger of blame at Chinese hackers, after it was discovered that the IP addresses of intruding computers were based in the country.

SK Communications, which owns both websites, have published an apology in the form of a website pop-up which offers more information (sorry, it’s in Korean), including links for how users can change their passwords. For those who have been brought up with social networks like Facebook, Cyworld may seem a very strange environment with its Sims-like characters and virtual departments.

Although its US launch some years ago was unsuccessful, Cyworld is a phenomenon in South Korea with an astonishing 35 million users – a staggering figure when you consider the country only has a total population of 49 million people.

Let’s just reiterate that. 49 million people live in the country, 35 million of them have had their personal information exposed because of this internet hack.

Wow. That’s amazing. And not in a good way.

The most obvious danger is that users of the websites may be targeted by spam and phishing attacks through no fault of their own. Once again, a social network has done a poor job at protecting its users’ information, and it’s the public which has to carry the burden.