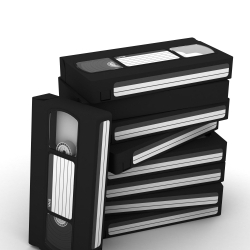 In the last few days, in the light of a teenager being arrested by British police in the Shetland Islands, there has been a lot of speculation as to whether the cops apprehended the wrong man.

Had police really arrested Topiary, the spokesperson for Anonymous and LulzSec, or had they been tricked into collaring a fall guy instead?

Certainly lots of people seem to subscribe to the theory that the police have goofed. A poll Sophos conducted of over 400 people who expressed an opinion, found that 73% believed the police had not arrested the real “Topiary”.

Specifically, many internet sites have proposed the theory that Topiary is not an 18-year-old in Shetland, but instead a 23-year-old student from Sweden called Daniel Akerman Sandberg. Sandberg, whose middle name is often spelt ‘Ackerman’ in reports, also goes by the name “Hombre de Mundo” and makes regular podcasts about the Legend of Zelda video games from Nintendo.

Hang on a minute, we *know* what Topiary sounds like because his voice at least has appeared on a number of TV shows. Just check out the following video:

And we *know* what Daniel “Hombre de Mundo” Akerman sounds like too because he’s made podcasts which are published on the Zelda Universe website. He even appears in some videos like the following one:

Ask yourself this. Do they sound like the same person to you?

Even if the Swedish Daniel Akerman Sandberg is really good at doing a British accent, do you think his manner of talking would really be so different?

I still don’t know if the man the police have arrested in Shetland is Topiary for the reasons I explained earlier, but I feel pretty confident that Daniel Akerman Sandberg *isn’t* the guy who was interviewed representing Anonymous on those TV shows.

Sure, Sandberg may have some Anonymous connections. For instance, in 2008 he may have appeared in a Swedish TV report of an Anonymous anti-Scientology demonstration. (The speculation is that he’s the “Daniel” who appears about 20 seconds into the report).

But protesting about Scientology and being a computer geek doesn’t mean that you were Anonymous’s main spokesperson in the media and on social networks.

Gawker reporter Adrian Chen appears to share my theory that Daniel Akerman Sandberg is not Topiary, and even went to the effort of having a Skype conversation with the game-loving Swede.

According to Chen, Akerman has contacted Swedish police to tell them what’s going on – and they don’t seem that interested in asking them to help them with any international cybercrime investigations.

And the latest update from the British police who arrested the teenager in Shetland? They say they have been granted an additional three days to question the suspected hacker, and have confirmed that he is a British national.

Meanwhile, the Twitter accounts of both LulzSec and Topiary remain silent.

6 comments on “Is Daniel Akerman the LulzSec spokesman Topiary? The video evidence”