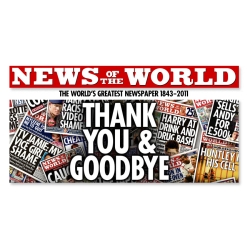 Scotland Yard is expanding its investigation into the now defunct The News of the World, and its parent company News International, by investigating possible cases of computer hacking alongside the hacking of mobile phone voicemail systems.

Operation Tuleta will investigate allegations that Trojan horses were used to break into the email systems and computers of individuals, in the hope of gathering information that could be used in newspaper stories.

The investigation follows claims, made by BBC’s Panorama earlier this year, that Ian Hurst, a former British army intelligence officer who had served in Northern Ireland, was the target of the computer hack “for a sustained period during 2006”.

It’s suggested that the News of the World believed that Hurst held information on a high-ranking mole in the IRA.

According to the Panorama report, copies of emails sent from Hurst’s computer were stolen by a Trojan horse installed by a hacker. Secretly filmed footage in the BBC Panorama programme saw the unnamed hacker claim that he emailed Hurst a Trojan horse from a bogus email address, in order to gain access to the emails.

The programme went on to claim that copies of the stolen information were faxed to a journalist in the Murdoch empire, the then editor of the News of the World for Ireland, Alex Marunchak.

And there are other alleged incidents of computer hacking too. In real life, the series was based on the blog of Dr Brooke Magnanti, who wrote about her life as a high class escort.

Magnanti recently suggested that The Sunday Times, another paper in Rupert Murdoch’s News International media empire, might have attempted to hack into her computer by sending her a Trojan horse via email.

Operation Tuleta’s goal is to discover if anyone broke the law in this and associated cases.