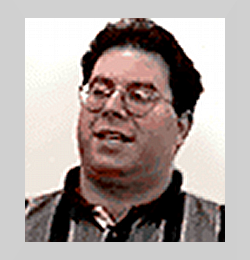 Notorious spammer Sanford Wallace, 43, of Las Vegas, Nevada, has turned himself in to the cops in San Jose, California.

Wallace, better known by his nicknames “The Spam King” and “Spamford”, was sought on eleven charges under three different laws.

In the dispassionate language of the United States Code, these are:

* Fraud and related activity in connection with electronic mail.

* Intentional damage to a protected computer.

The criminal contempt charges remind us that Wallace has been in serious trouble with the law before, as a result of which he was banned by the court from accessing Facebook’s network.

This latest batch of charges allege that he not only accessed Facebook’s network in contempt of court – maintaining a Facebook persona called Davis Sinful-Saturdays Fredericks – but did so on a spectacularly criminal scale, using a whopping 500,000 compromised accounts to post more than 27 million spam messages. And to those who wonder how Facebook wall scammers make money, the charges further allege that users were “redirected to an affiliate website where Wallace earned substantial revenue for directing internet traffic.”

This time, Wallace will be lucky to escape a stretch in prison. And, judging by his unrepentant and recidivistic behaviour over the past several years, the rest of us will be fortunate if he doesn’t.

3 comments on “Sanford Wallace – the “Spam King” – busted yet again, this time faces years behind bars”